Get a custom quote

The open-source project Envoy is a network proxy that can improve the observability of complex networking setups, as typically present in modern cloud-native applications. This large C++ application is a member of the CNCF, with contributions from 400+ companies and 4k+ individuals.

Envoy Mobile is a subrepo of Envoy that targets mobile development. Its client networking libraries bring the power of Envoy to mobile systems.

With EngFlow Remote Execution, Envoy Mobile maintainers can iterate fast on the entire library regardless of how many OSes, runtimes, or languages our commits change. In truth, CI is now so performant that I prefer to iterate by pushing to it, rather than wait for my machine’s local builds!
Jose Nino
Staff Engineer @ Lyft, Envoy & Envoy Mobile maintainer

Mobile builds and tests bring their own set of challenges:

This heterogeneity led to particularly slow builds and tests and made Envoy Mobile the perfect candidate to migrate to EngFlow Remote Execution.

Migrating a Bazel project to remote execution can be a daunting task. For instance, a Bazel user may be tempted to:

These are common issues that tend to require a certain level of Bazel expertise to overcome. EngFlow can advise with this migration, or take care of it completely.

We looked for a distributed build solution for Envoy Mobile and found EngFlow. We’re now enjoying 10x better performance. It’s been amazing to work with EngFlow. They are the world experts in Bazel and we’re looking forward to further increasing our build speeds, both across Envoy Mobile and Envoy with them.
Matt Klein
Principal Software Engineer @ Lyft, creator of Envoy Proxy

EngFlow’s Bazel experts migrated Envoy Mobile’s presubmit flows to remote execution and manage an EngFlow Remote Execution cluster for them. The overall build and test time is now ~20 minutes, compared to ~2 hours before. This speed-up of ~6x has led to a much faster turnaround time of their open-source contributions.

Additionally, EngFlow Build and Test UI allows contributors to share their build and test results and drill down on them. 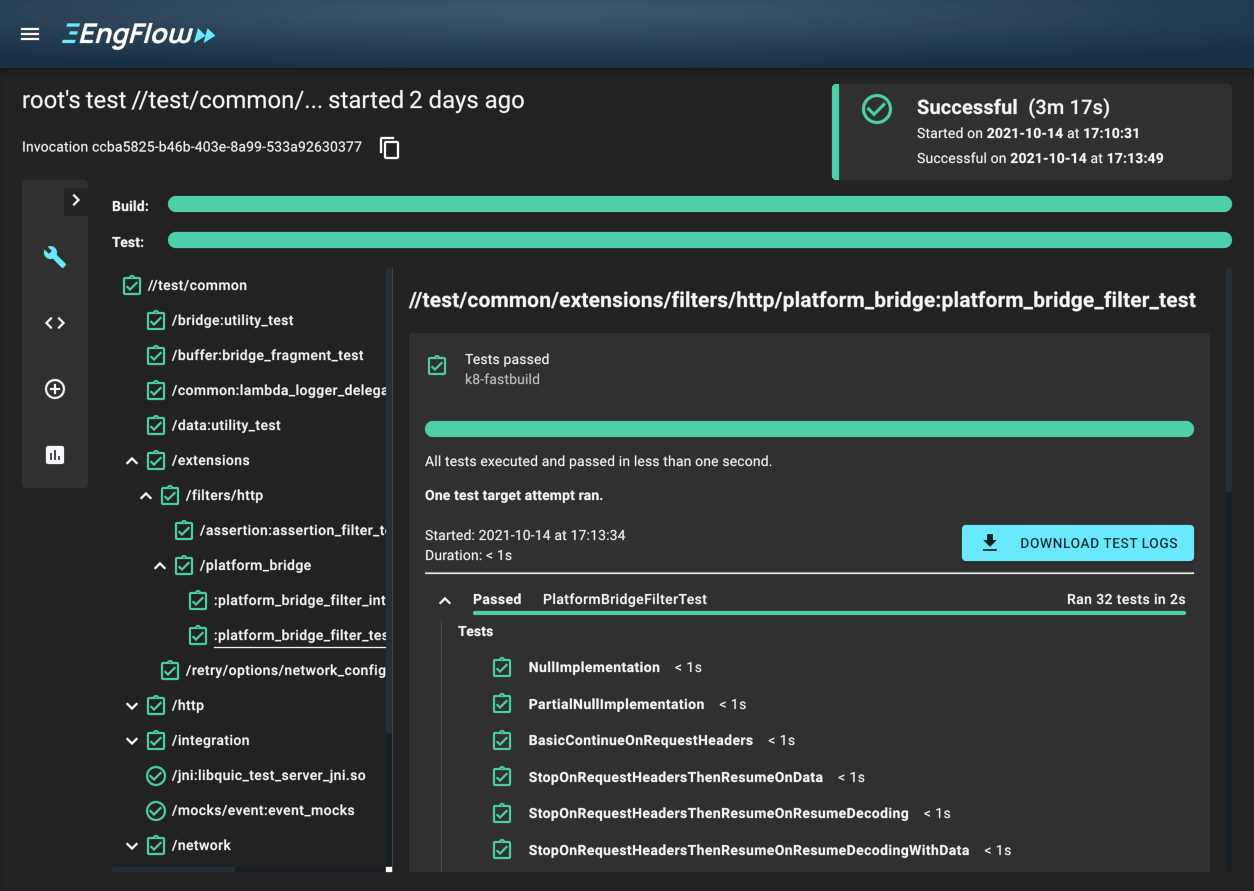 With EngFlow Remote Execution and Build and Test UI, CI runs are faster and contributors have better insight into build and test results. Open-source contributions can be reviewed and merged more quickly and easily, which is great for developers — and everyone who is using software that includes Envoy Mobile. 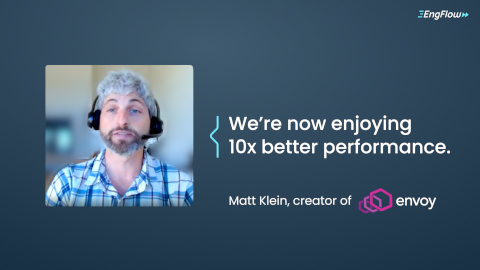 Faster builds & tests for you

Learn more about how you can optimize your builds and tests and make your engineers more productive and happy.